Skip to content
Things to do Virtual 360 Tour: Alone with Michelangelo’s David in the Galleria dell’Accademia
Michelangelo is one of the most famous artists and sculptors of the Renaissance, and had a major influence on the development of art in the Western world. His greatest known masterpiece is of course the colossal stone sculpture of David who stands victoriously in pride of place in the Galleria dell’Accademia in Michelangelo’s home city of Florence.

The sheer size and intricacy of Michelangelo’s masterpiece resembles a divine creation in its own right, the most famous piece of art to stem from the Renaissance, if not one of the most famous sculptures in the entire world. Representing the courageous David in the biblical story of David and Goliath, Michelangelo’s sculpture was created as a symbol of Florentine freedom. 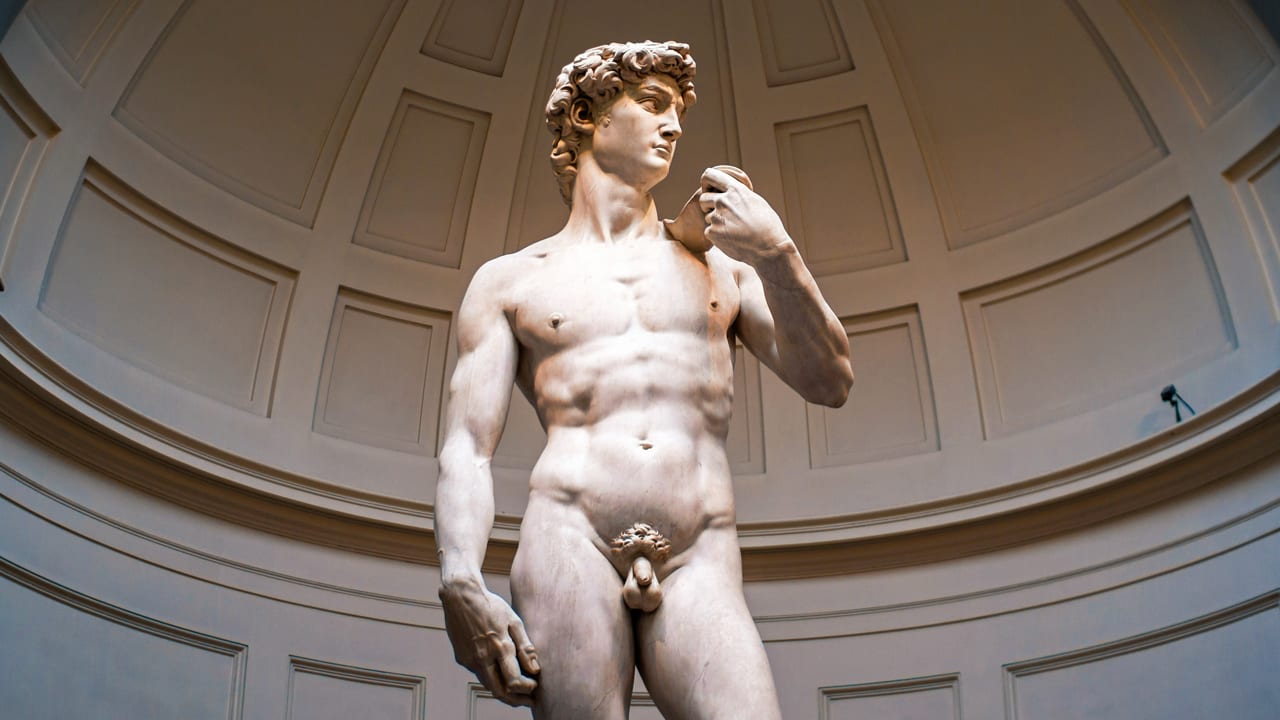 Many replicas of Michelangelo’s ‘David’ exist today. The original is housed in the Accademia Gallery along with four other unfinished sculptures by the artist.
Standing alone in the Galleria dell’Accademia without the crowds is a truly unique experience, the only way to really take in the breathtaking grandeur of David. Almost like sitting alone in the peaceful silence of an exquisite cathedral, witnessing the beauty of Michelangelo’s David in silence allows you to really absorb the historical significance of this over 500 year old wonder.

In this virtual reality video we give you a taster of what it’s like to walk through the Galleria alone in complete peace, without the noise of crowds.

Use your mouse to drag and scroll around the video screen for the full 360 degree experience.

“May I introduce you to Michelangelo, that’s him, that’s the official face of the so-called divine inspired artist.

An entire life dedicated to art, just think about it, he died at the age of 89 which was probably the equivalent to 100 and something compared with today’s life expectancy! Look into his eyes—he’s the one who made the masterpieces we’re going to discover right now.

Welcome to the Accademia, in front of you is Michelangelo’s masterpiece, David. Before we have a look though, I want to show you these unfinished statues — the so-called prisoners, slaves. Looking at these figures you see Michelangelo’s attention to anatomy, he did dissections for example. In this figure if you look at every single muscle you almost feel the effort the figure is making to hold up the weight — we call this atlas, and it shows you beautifully that Michelangelo was convinced that the figure was already perfectly hidden inside the block of stone, all he had to do was free it.

And here we are in front of the most famous block of stone in the world — Michelangelos’ David, which isn’t only a block of stone, it’s a masterpiece. It’s 17ft tall, carved out of one single huge block of stone. Picture in your mind our little tiny Michelangelo, a hammer and a chisel, that’s it. It took him three years to carve the symbol of the city of Florence – David who fights the giant Goliath, is the Florentine identity.”