In this blog series, we get up close and personal with some of Walks’ guides around the world, showcasing some of the amazing people who take Walks with us from Rome to New York. Along with our Tours from Home, we hope this blog series will add another bit of travel inspiration to your life – hearing from the men and women who inspire us and Walks guests around the world!
Today we’re joined by our London Blue Badge guide, Linda Hamer, who fills us in on her favourite places to see in London and the interesting history behind them, as well as some places around the world that should inspire our travel bucket list! 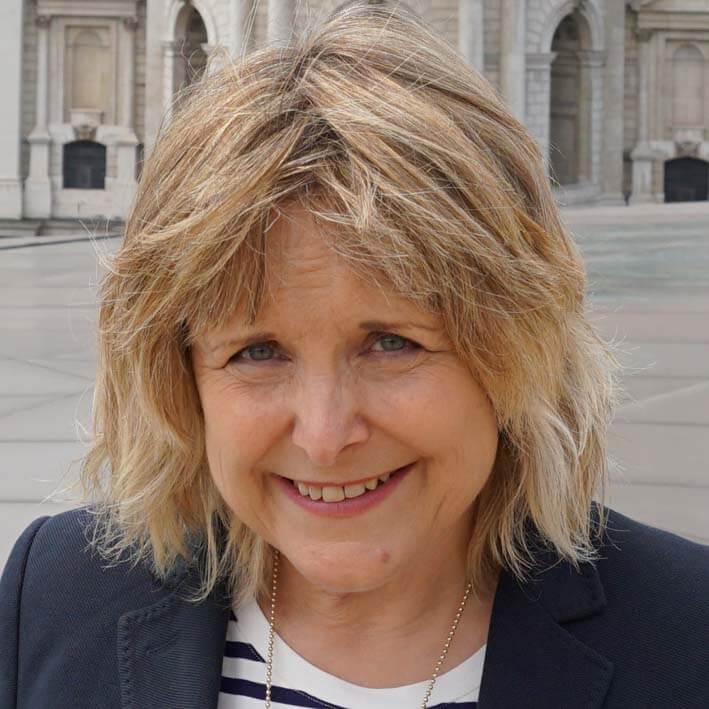 Linda, as a London guide, do you have a favourite place in the city?
This has to be the Tower of London, an ancient fortress consisting of not one, but 21 towers, dating back to the Battle of Hastings in 1066, one of the most important dates in our history. Home to the Crown Jewels, the ravens and the famous Yeoman Warders (the Beefeaters!), in the past it has been a fortress, a prison and the place where three queens of England have been executed; two of them married to the same man! 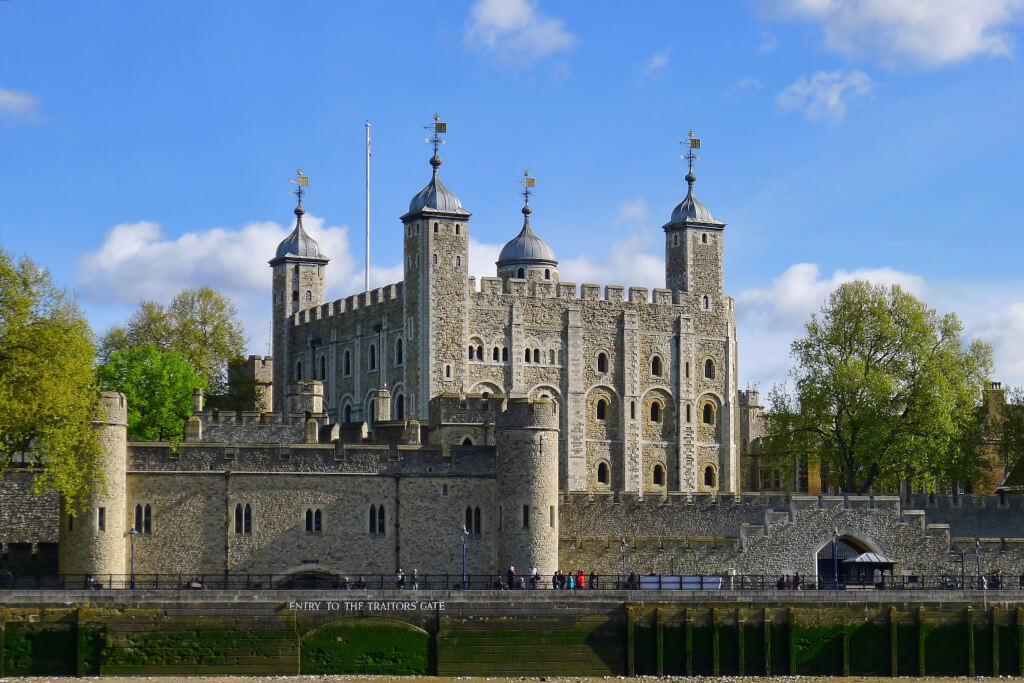 Curious to learn more about the Tower of London? Check out our online tour that delves deep into its fascinating past!

Do you have a favouite piece of art?
This is a difficult one, but if I had to choose one it would have to be ‘The Fighting Temeraire’ by Turner in the National Gallery. As with all good paintings, the more you look, the more you see. It depicts the last moments of the Temeraire, one of the most important ships at the Battle of Trafalgar in 1805. She saved the Victory twice. Here we see her at the end of her days being towed along the Thames to Rotherhithe to be broken up as scrap.

What’s your favourite story to tell on a tour?
This relates to St Paul’s Cathedral, the masterpiece of the great architect Sir Christopher Wren, built in the aftermath of the Great Fire of London in 1666. Tasked with rebuilding the Cathedral, along with fifty or so London churches, Wren submitted three designs; the first and second were rejected before a third was accepted by Royal Warrant – but in its execution, Wren was creative and cunning. The approved design included a small dome topped with a huge steeple, but the warrant allowed for variations ‘ornamental rather than essential’. Wren exploited the loophole, gradually slipping in some of his ideas from his second (rejected) design, his Great Model, his personal favourite. These changes included dispensing with the planned steeple and including a large dome. By the time it was completed 35-years later, many had forgotten what it was supposed to look like!

What’s your favourite neighborhood in London?
This would have to be Cheam, a village Sutton, one of the 32 London boroughs and the place that I live. Most people have heard of Cheam, but less know much about it.
In nearby Nonsuch Park was once a magnificent palace, built as a hunting lodge by King Henry VIII to celebrate the birth of his sole surviving son Edward, in what was the thirtieth year of his reign. Work started in 1538, but the palace was not completed until 1547, the year of his death, and consequently King Henry did not really have the opportunity to enjoy it. It was, at the time, a palace without equal, hence its name ‘none such’.
Unfortunately, nothing remains of Nonsuch Palace today; it eventually passed down and into the hands of King Charles II, who gave it to his favourite mistress at the time, Barbara Villiers, the Duchess of Cleveland, who, in 1682, had it dismantled and the bricks sold to pay off her gambling debts!
All that can be seen today is a retaining wall, rebuilt by the Victorians in the 19th century, outlining the banqueting house, which would have been used as a grandstand for noble guests to watch the sport and take light refreshments.

As a tour guide, what is your biggest challenge during this period?
Switching off! I have an ever-growing list of places to research for new walks and the more I learn, the more I realise I don’t know! Whilst I haven’t been able to visit places during the lockdown, the internet has brought them to me. Whilst it’s fabulous to have lots to do and plenty of time to do it, other more mundane things are still not getting done!
How do you see the travel industry evolving during and after this time?
I think in the short-term, this year and next, people will be more reluctant to travel overseas and will take the opportunity of traveling in their own countries. Here in Britain, we are fortunate to have fabulous places to explore, from sandy beaches to mountains, beautiful countryside and villages, and cities steeped in history.
Outside of your home city, what is your favourite place in the world to visit?
The Maasai Mara. I visited whilst in Kenya a few years ago now and was totally blown away by the grassy plains and rolling hills, the tiny villages of the Maasai people, not forgetting, of course, the lions, cheetahs, elephants, hippos, zebras, wildebeest, giraffes and my personal favourites, the warthogs! 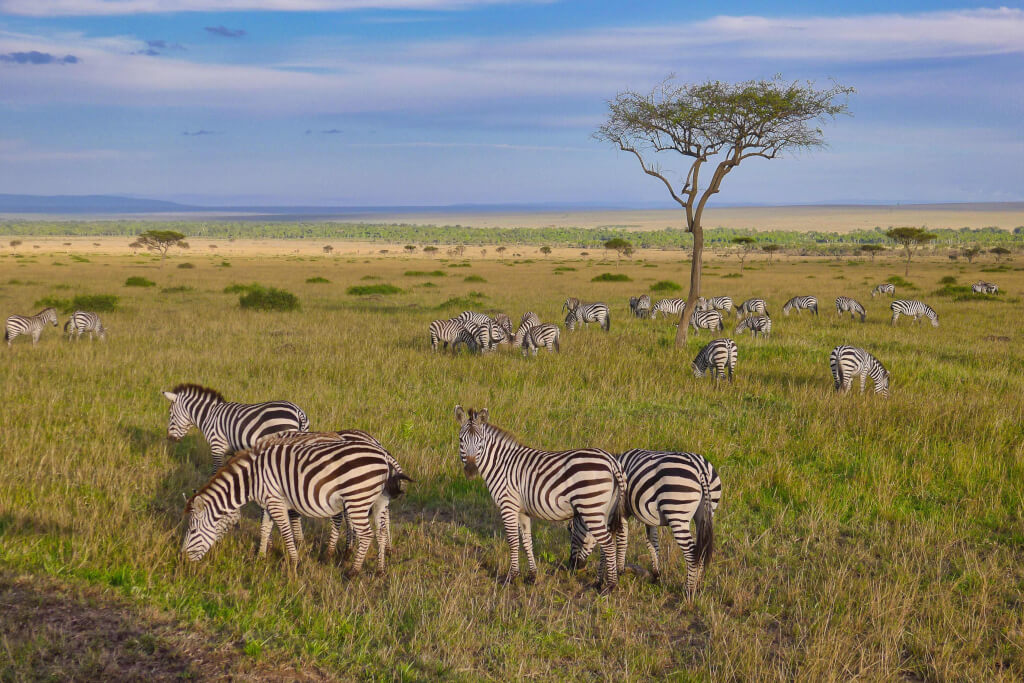 Where would you love to travel to next?
I am hoping to go to Cambodia to see Angkor Wat and the Mekong River early next year. I have my fingers crossed!
What city or place in the world do you think is the most underrated, and would you urge people to visit?
Sri Lanka. Beautiful beaches, birds and tea plantations.

In which city have you tried the best food and what was it?
I think I would say it’s an island, rather than any one city (it would be difficult to choose between the cities; all good!). I remember visiting the island of Koh Samui about 15-years ago and discovering just off the ‘high street’ in the local village, a beautiful restaurant on the beach. It was so simple, an archway behind which tables had been placed on the sand, but I will always remember the taste of the deliciously fresh fish and the sight of tiny crabs scrambling up the beach only to be carried safely out to sea again by the gentle waves hitting the shore. It felt like paradise and I will always remember it.