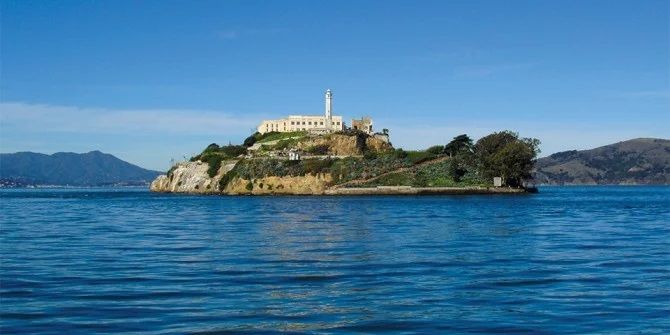 TripAdvisor recently revealed the winners of its 2015 Travelers’ Choice Awards for Landmarks for both the U.S. and the world. Number one on the list for the United States is Alcatraz Island in San Francisco, which ranks number eight on the international spectrum.

The Top 10 Landmarks in the world, according to TripAdvisor’s 2015 awards are as follows:

Angkor Wat
Machu Picchu
Taj Mahal
Sheikh Zayed Grand Mosque
La Sagrada Familia
Peter’s Basilica
Milan Cathedral
Alcatraz Island
Cristo Redentor
Golden Gate Bridge
TripAdvisor comments, “For almost 150 years, Alcatraz has given chills to the innocent and cold sweats to the guilty. Having once been a forbidding maximum-security penitentiary, Alcatraz is now part of the Golden Gate National Recreation Area [one of America’s 407 National Park sites] and is this year’s #8 Travelers’ Choice Landmark. The roster of former Alcatraz inmates includes A-list criminals such as crime boss Al Capone and kidnapper George Kelly. Though it was considered escape-proof, in 1962 the Anglin brothers and Frank Morris infamously floated away on a makeshift raft and were never seen again.”