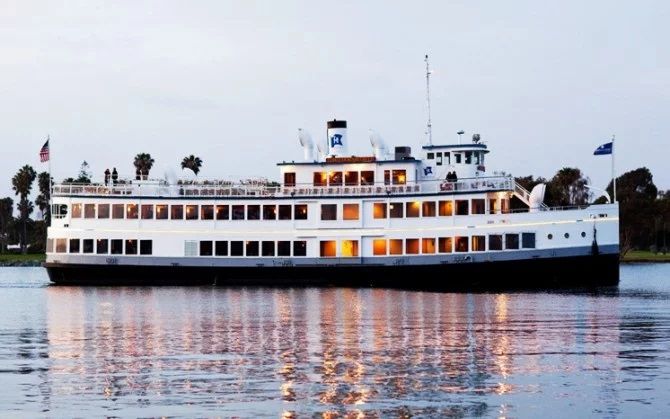 What becomes a legend most? In the case of San Diego’s iconic charter yacht Lord Hornblower the answer is more than just a new coat of paint, but rather a new era of hospitality along the Southern California coast and along with it, a new name.

“There is no more classic, or widely photographed or beloved vessel in our fleet than the Lord Hornblower sailing out of San Diego,” said Terry MacRae, CEO and Founder of Hornblower Cruises & Events. “Cats may have nine lives, but classic yachts are eternal and with a spate of new improvements, Lord Hornblower is poised for a new generation of onboard memory makers.”

Designed by the renowned naval architecture firm Nickum and Spaulding Associates of Seattle, Washington, Lord Hornblower is the perfect melding of 21st century technology with Gatsby era sophistication and 1920’s elegance and style. Boarding through the Clerestory Salon, guests are transported not just to sea, but to a celebration of fine cuisine with a nod to the vessel’s rich nautical and San Diego heritage.

“The new Admiral Hornblower is San Diego afloat,” said Jim Unger, Vice President of Hornblower San Diego. “Besides being the backdrop for a lifetime of family events and celebrations, her decks have played host to dozens of films, movies and commercial shoots. She is a celebrity in her own right.”

As always, hospitality, fine dining and creative beverage service are on the foredeck of a cruise aboard Admiral Hornblower. However, playing a supporting role is a bevy of innovative technologies and must-have services demanded by a sophisticated and connected contemporary clientele: backlit fiber optic infused bars, Wi-Fi throughout the ship, hip ‘boutique hotel’ style Captain’s Lounge and Pilot House. Add to that three spacious, climate-controlled salons, expansive open-air sun decks with sweeping panoramic San Diego vistas, three full-service bars, two dance floors and seating for up to 500 guests and the sum is pure luxury at sea.

“The Admiral Hornblower is infused, stem to stern, with turn-of-the-century classicism,” said Unger. “By that I mean both the 20th and 21st centuries.”