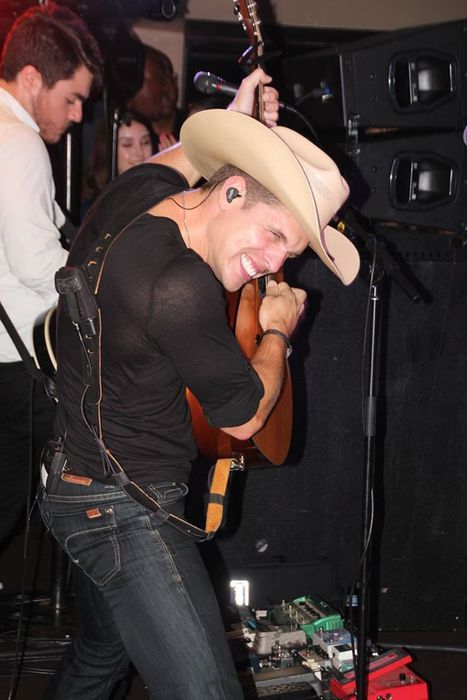 Platinum-selling recording artist Dustin Lynch released his sophomore album – WHERE IT’S AT – on September 9th. The 15-track album is named for Lynch’s current smash single “Where It’s At” which is currently Top 10 on the charts (as of 9/4/14) and nearing GOLD sales status. His new album boasts a sonic menagerie ranging from country guitar licks to Motown guitar lines to pop-leaning grooves, while still paying tribute to Country music’s past. It chronicles Lynch’s life over the past two years as he rose from an unknown songwriter to the only new male Country artist to earn a #1 debut album in 2012.

Broken Bow Records artist Dustin Lynch occupies a unique place in today’s country music. Thanks to his classic sensibilities, he’s been heralded as the heir to George Strait’s throne. Yet with one listen to his newest hit, “Where It’s At,” it’s obvious the young Tennessee native knows how to combine his traditional influences with an edgy intensity that places him at the vanguard of today’s contemporary country scene.

Dustin Lynch and Friends Smiling for the Camera

According to Dustin’s Public Relations team, WHERE IT’S AT is the #1-selling Country album on the Neilsen Soundscan Digital Album Chart the week of 9/18. The sophomore project from one of Country music’s fastest rising stars earned the 6th highest-selling digital album across ALL genres. In the week since it’s release, WHERE IT’S AT has surpassed 500,000 streams on Spotify.

At press time, the lead single from Lynch’s new album – also titled “Where It’s At” – was one of the fastest-moving Country songs on the Billboard Trending 140 Chart, which tracks real-time Twitter activity. “Where It’s At” is also a Top 10 Billboard Country Digital Song this week.

“Wow I am blown away! Thank you Country Radio and all of my friends and fans that crank our music up to 11. I can’t wait to see y’all at a show soon. We WILL celebrate,” said Lynch upon receiving the news.