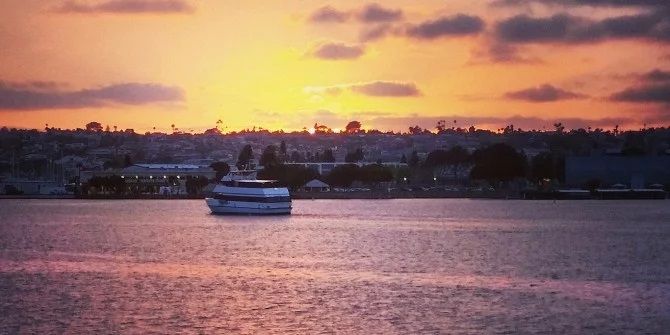 Are you looking for the ultimate holiday gift of quality time this year? Then gather your friends, family or companion to enjoy the many options that San Diego has to offer for celebrating the season. Visitors and locals alike can enjoy a laid back season that is blessed with the warmth of the city’s sunshine and all the ingredients to create a joyous holiday season. Here are some of my favorite pastimes:

The timeless holiday classic, The Nutcracker, will be presented by the California Ballet Company during December at the Civic Theatre in downtown San Diego (December 12th – 20th).

Celebrating its 35th year as one of Coronado’s favorite holiday traditions, Lamb’s Players Theatre presents its annual Festival of Christmas, a musical production that takes place each year on its resident stage on Orange Avenue. This year’s performance, Catch a Falling Star, is a brand new script by Kerry Meads. The story is set in a remote miner’s cabin in the Sierra Nevadas, where her father spent one magical Christmas (November 29th – December 29th).

During the San Diego Bay Parade of Lights, more than 100 private boat owners decorate their boats with holiday lights and sail along the waters of the San Diego Bay, followed by an extravagant fireworks show over the water. Great views are available on dry land from Shelter Island, Harbor Island, the Embarcadero, Seaport Village, Marina Park and Coronado’s Ferry Landing (December 13th and December 20th).

Join the festivities during Balboa Park December Nights, a two-day holiday celebration of food, entertainment and fun. The sights, sounds and smells of the holiday season fill the air as the museums and cultural institutions in Balboa Park, the nation’s largest urban cultural park, open their doors free of charge. Festivities include carolers, live music, light displays, theater and dance performances, and delicious foods from around the world (December 4th and 5th).

Enjoy a Winter Whale Watching adventure aboard Hornblower Cruises & Events, as California gray whales migrate south to the warm-water breeding grounds off the coast of Baja, California. Spectators can catch a spectacular show starting December through March when these majestic mammals pass through the waters off San Diego’s coastline (December 13th – April 24th).

Take a walk around Balboa Park and discover its beautiful architecture. Take advantage of the park’s variety of free offerings, including free admission to select museums on Tuesdays, tours of the park and its spectacular gardens. Be sure not to miss the “Whoville” decorations in the plaza outside The Old Globe Theatre, which are on display mid-November through December to coincide with the theatre’s annual holiday production of Dr. Seuss’ How the Ginch Stole Christmas!

Stroll along one of San Diego’s 70 miles of beaches, all free and open to the public. Collect seashells for decorating special holiday gifts or just enjoy the magnificent Pacific Ocean.

Gaze up at the massive balloons during the Big Bay Balloon Parade, the country’s largest balloon parade. Floats, balloons and marching bands are just some of the offerings in this colorful holiday parade along San Diego Bay in downtown San Diego (December 30th).

Rock out at the Poinsettia Bowl Gaslamp March in December. Kicking off two days prior to the annual Poinsettia Bowl, which is played in San Diego’s Qualcomm Stadium, bands representing the two
Bowl football teams line up at opposite ends of Fifth Avenue in downtown’s Gaslamp Quarter and face-off in an old-fashion battle of the bands (December 21st).

Get out of the kitchen and celebrate the holidays with a new tradition…a festive outing on one of Hornblower Cruises & Events’ many holiday meal cruises for Thanksgiving, Christmas Eve, Christmas and New Year’s Eve.