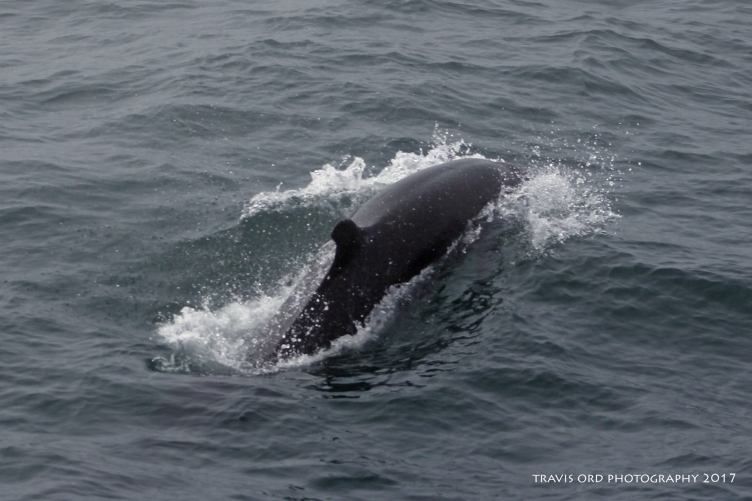 Some of the most amazing experiences are unexpected! Recently, despite dense fog, a pod of more than 20 False Killer Whales (Pseudorca crassidens) were spotted in our local waters. These large dolphins are rarely seen off the San Diego coast since they typically inhabit deeper, offshore waters and are more common in tropical regions around the world.

False killer whales are named for killer whales/ orcas which they resemble. They are mostly black with a bulbous forehead and a prominent, falcate (curved-back) dorsal fin, narrow pointed flippers, and a pale grayish patch in the throat and chest region. They grow to lengths of 15 to 20 feet (4.5–6 m) and weigh about 1,500 to 2,000 pounds (700–907 kg). Like most toothed whales, males grow larger than females. False killer whales are highly social and usually live in pods of 10 to 30 individuals. They mainly hunt for fishes and squids, but have been known to attack seals, sea lions, or even smaller dolphins.