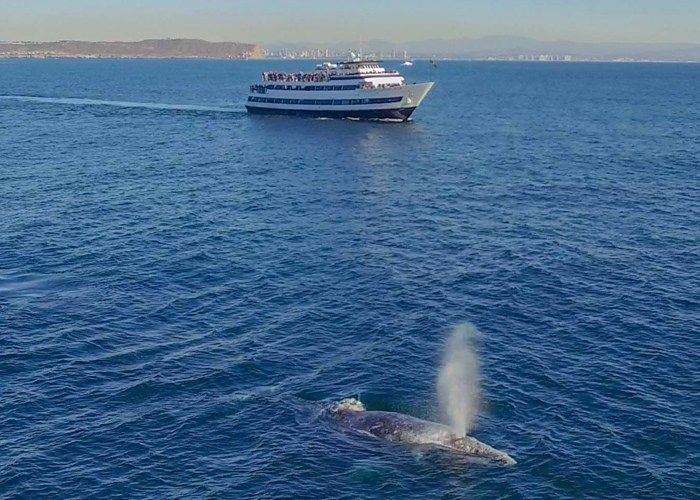 The 2018-2019 Hornblower gray whale watching season begins on December 8 — just in time to spot gray whales as they travel past San Diego en route to breeding lagoons in Baja California, Mexico. Gray whales are just starting the southward leg of their more than 10,000 mile (16,000 km) round trip migration. Most gray whales have spent the summer in the Arctic seas, feasting on bottom-dwelling amphipods (shrimp-like crustaceans), although some stayed farther south along the Pacific Coast from Northern California to British Columbia, Canada. Most gray whales begin their journey in October and migrate past the Southern California coast in late November and early December. Last week, a few gray whales were spotted off the Central California Coast, indicating they are right on schedule to regularly be spotted off San Diego in early December. Typically the first whales to swim south are pregnant females, which often give birth while traveling along the southern California Coast. Males and non-pregnant females head south soon after. One of the best ways to spot migrating gray whales is on a Hornblower Whale Watching Cruise.