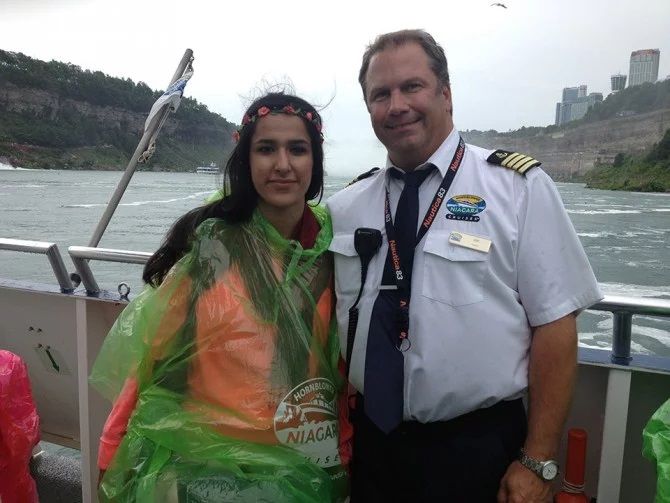 On Saturday, August 16 Hornblower Niagara Cruises welcomed their one millionth visitor! Ms. Arqavan Ansari from Afghanistan was officially greeted by Hornblower executives, GS staff and crew and presented with a Hornblower Gift Bag. Ms. Ansari and her family of 10 from Afghanistan, now living in Newark, Delware, U.S.A. were on their first visit to Niagara Falls.

Following a warm welcome from Hornblower and photos with Captain John, Arqavan and her family ssailed aboard the Niagara Wonder into the mighty Horseshoe Falls on Hornblower’s famous Voyage To The Falls boat tour.