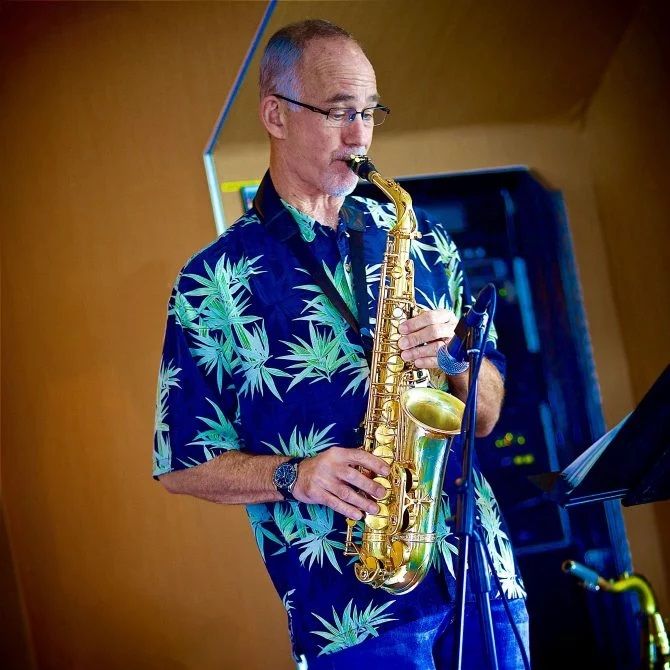 Being Hornblower’s official music man in residence certainly has its perks. Ask Grammy Award winner Mike Whitman what his favorite Hornblower moments have been over the past 27 years and the list is like a who’s-who of famous people.

During one particular musical interlude onboard, Mike recalls hanging out with NASA astronaut John Glenn, which was certainly a highlight. Then there was Billy Crystal’s 50th birthday. Robin Williams jumped up on stage and sang an impromptu blues with the band while Muhammad Ali watched and listened from ten feet away. Memorable moments indeed.

Mike plays soprano, alto and tenor saxophone in any style for any occasion. He plays flute, clarinet and bass clarinet, too if you ask nicely and tip heavily. So he’s a blow hard for sure and a big fan of Cannonball Adderly, David Sanborn, Michael Brecker and Bob Mintzer.

Which is his favorite Hornblower yacht to perform on? “Wild Goose has a lot of wood so it can sound very boomy and echoey for a 4 or 5-piece band but if I’m doing a solo or duo gig, I love it. But I guess overall, Endless Dreams is my favorite because it has the best sound system and acoustics.”

If you’re fortunate enough to catch a Mike Whitman performance aboard any Hornblower yacht, you’re in good company. He also played for Frank Sinatra at his home in Rancho Mirage for his birthday with A-list Hollywood movie stars in attendance. Now, if playing sax wasn’t cool enough, that’s real cool.