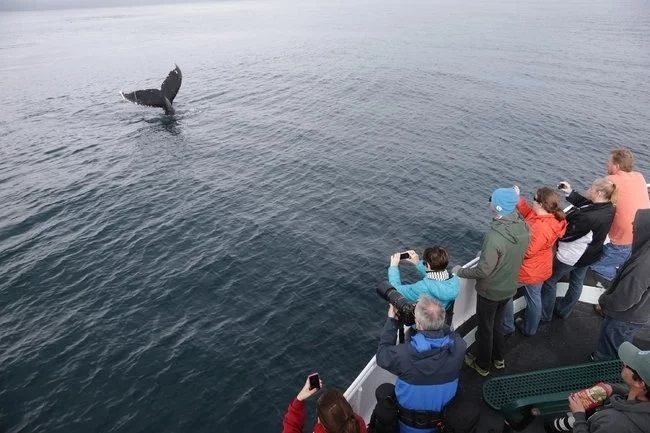 Indications are this year’s Whale Watching is going to be fantastic!

Large numbers of whales have congregated off Monterey Bay to the delight of camera-wielding whale watchers like the ones aboard Nancy Black’s Sea Wolf II. Photo credit: Jim Wilson/The New York Times

The New York Times is reporting today that whale sightings along the coast off of Monterey, California are fantastic. This is a good sign for whale watching in San Diego. The whales are beginning the winter migration south to Mexico, passing right by San Diego on their way.

But it was the whales that astounded even longtime residents — more than 200 humpbacks lunging, breaching, blowing and tail flapping — and, on a recent weekend, a pod of 19 rowdy orcas that briefly crashed the party, picking off sea lions along the way.

Such a large turnout to the north indicates that residents and visitors in San Diego are going to be treated to a fantastic season of marine life sightings. Scientists believe that whale are attracted to a large anchovie population, an important food source for the traveling animals.

What has drawn the animals is a late bloom of anchovies so enormous that continuous, dense blankets of the diminutive fish are visible on depth sounders. The sea lions, sea birds and humpbacks (which eat an average of two tons of fish a day) appear to have hardly made a dent in the population. Last month, so many anchovies crowded into Santa Cruz harbor that the oxygen ran out, leading to a major die-off.