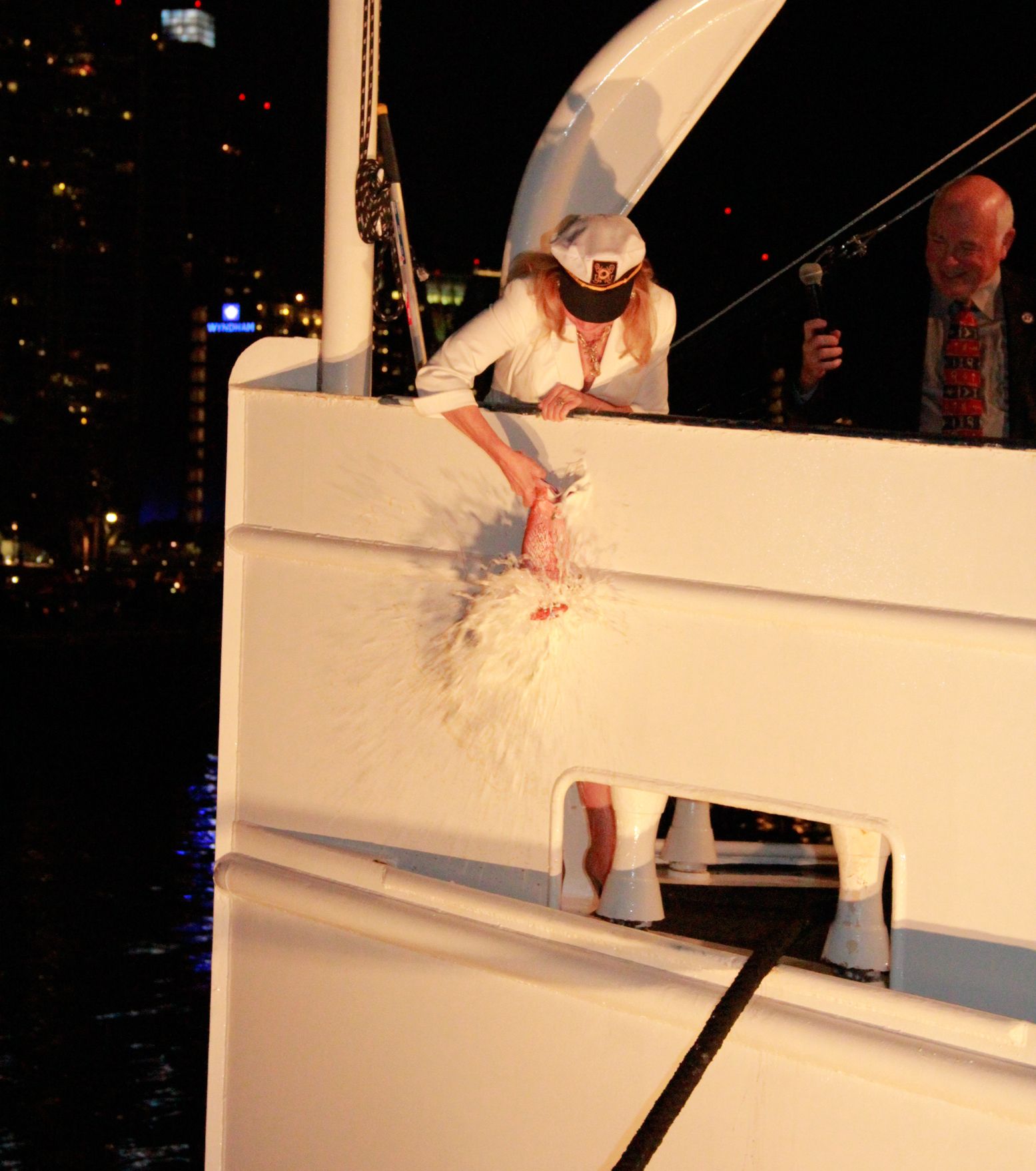 Lord Hornblower was recently remodeled in December under the design direction of Alissa Sutton, HGTV Designer and Owner of Alissa Sutton Interiors. The 151-foot ship just finished an eight-week, $500,000 upgrade. It now has Wi-Fi throughout, three climate-controlled salons, three full-service bars, two dance floors and seating for up to 500.

The event also included an opportunity for media to preview the newly re-modeled yacht prior to the ceremony.