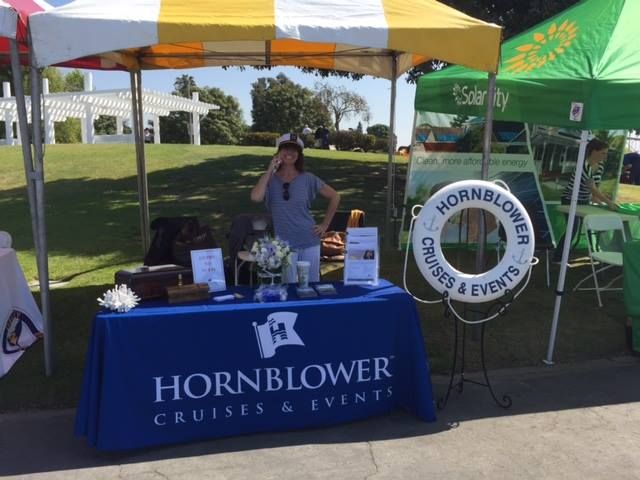 Families and friends came together for a three day event (Friday, April 10th – Sunday, April 12th) to discover all the L.A. Marina has to offer. The event provided an abundance of entertainment including L.A.’s MarinaFest boat show, live concerts by critically acclaimed rock band, Three Dog Night, four tall ships, fireworks, $1 narrated Historic Harbor Tours and other historical presentations. For those with children, there was plenty to keep the little ones busy with live mermaids, pirates and tall ships’ cannon battles at the event.

Hornblower Cruises & Events joined the party and gave guests a special opportunity to cruise on Historic Harbor Tours for just $1. The tours offered a unique vantage point for guests to enjoy Marina del Rey’s sights and spectacular coastline. On Friday night, many joined Hornblower in the celebration aboard our luxury yacht for a glorious fireworks dinner cruise. Our guests enjoyed a delicious four-course dinner, while cruising along the water with sea lions, yachts and views of celebrity homes.

The Marina del Rey 50th Birthday Bash gave guests and tourists a remarkable new way to experience the Marina with family and friends, while celebrating 50 memorable years of one of Los Angeles’ rich and colorful waterfronts.

Marina del Rey was formally established on April 10th, 1965. However, the Marina was off to a bumpy start in 1962-1963, while it’s construction was still under consideration. Strong storm surges nearly ended the establishment of the new Marina del Rey Harbor, with devastating wave action funneling into the Santa Monica Bay. Docks and utilities were upended, encouraging the removal of boats and docking other vessels at the center of the Marina, during it’s closure on February 11th, 1963.

To protect Marina del Rey from similar or worse damage in the future, the U.S. Army of Engineers put together a wave action model, applying various simulations. With a detached breakwater proving to withstand severe wave-tidal actions, construction was underway at the channel entrance.