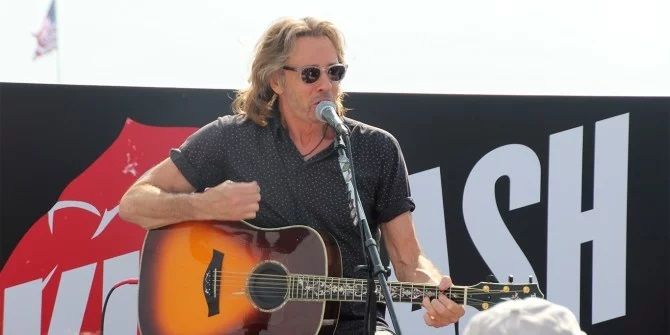 Ricki and the Flash Makes a Splash Aboard Hornblower Cruises & Events

Ricki and the Flash will hit theaters on August 7. With an all-star cast that includes Meryl Streep, Kevin Kline, Rick Springfield, Mamie Gummer and Sebastian Stan, the film is about a one-time wife and mother of three who left her family behind to follow her dreams of rock ‘n’ roll stardom.

To launch the debut of the movie, Hornblower Cruises & Events, Marina del Rey acted as the host venue on July 30th, 2015, for the iHeart promotion of Sony’s new film. iHeart and Sony offered an exclusive concert cruise aboard Hornblower’s Entertainer to 50 southern California radio fans and their guests, as well as winners from New York, San Francisco, Washington DC, Boston, Miami, Detroit and Cleveland. KOST 105.3 host Kari Steel facilitated the on-air portion of the contest.

Rick Springfield was in attendance to perform six of his greatest hits, including “Jesse’s Girl.” Springfield also granted fans and passengers with a Q&A session facilitated by Steele, who delved into his work with Meryl Streep during the filming of the movie.