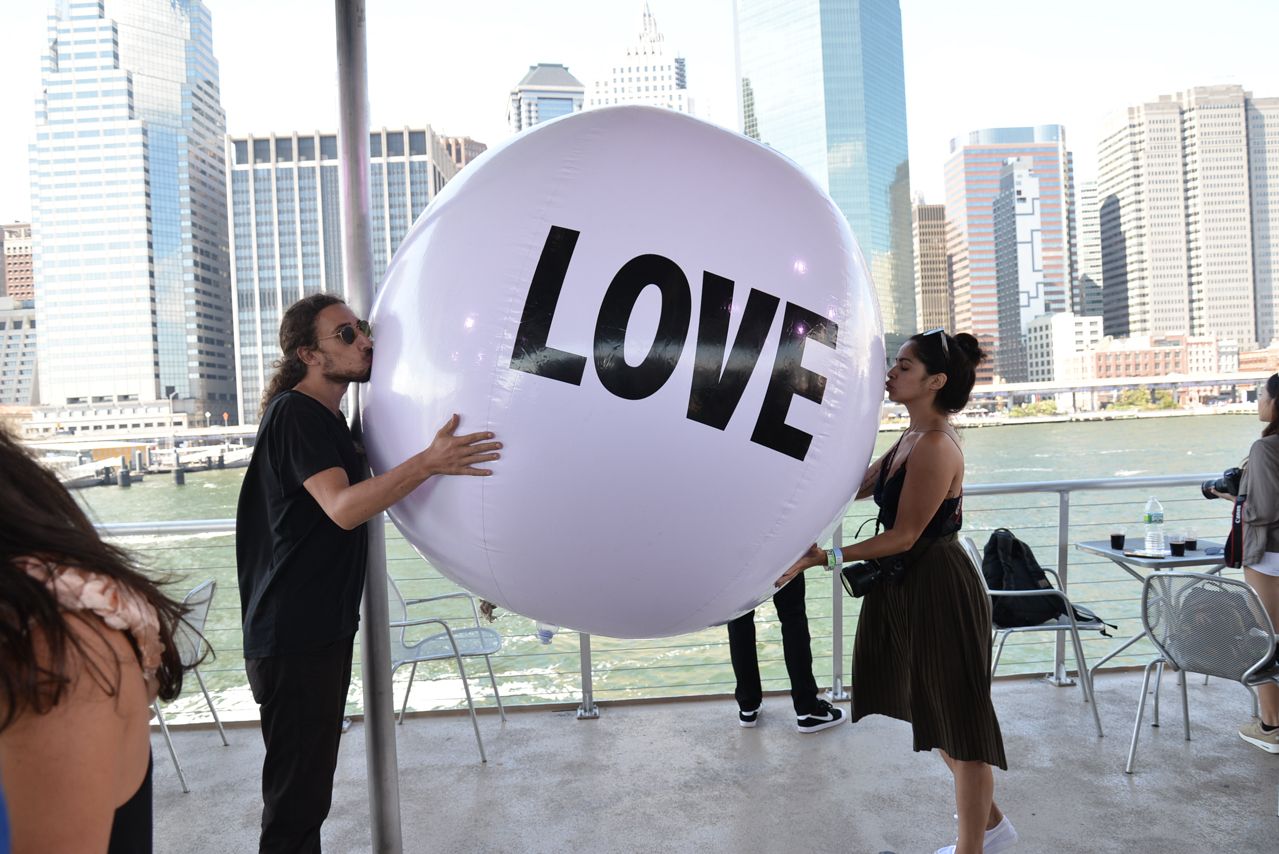 Recently the Hornblower Sensation took to the water on a picture perfect day in NYC—which was just as well, because it was full of photographers and Instagrammers taking part in NewYork.com’s ‘5 Borough Instameet’… and there were plenty of pictures being taken.

Serious snappers and #igers (that’s Instagrammers to us regular people) alike started out in their native boroughs to embark on photo challenges.

All the different boroughs then converged upon Pier 15 in South Street Seaport for a cruise around New York Harbor with food, drinks and plenty of photo opportunities.

The final challenge was to take a shot of Hornblower’s #theloveboat inflatable ball of love with all the sights and the incredible New York skyline as a backdrop on an incredible day. Apart from the obvious fun and opportunity to get a great shot, the pic with the most likes posted to Instagram with the hashtag #theloveboat and tagging the @hornblower Instagram, would win a Holiday Cruise with friends aboard a Hornblower luxury yacht.

It took a while for the instameeters to warm up but after a few drinks, there was plenty of great shots taken for #theloveboat… As well as dance moves to Uptown Funk.

By the time the cruise returned to dock, no one wanted to leave. Fortunately it’s the sort of fun you can have every week on Hornblower’s Alive After Five Cruise, every Thursday-Sunday until November.

Take a look at some more of the action that went down at the event, below or you can find more photos and tag your friends on Hornblower New York’s Facebook Page.