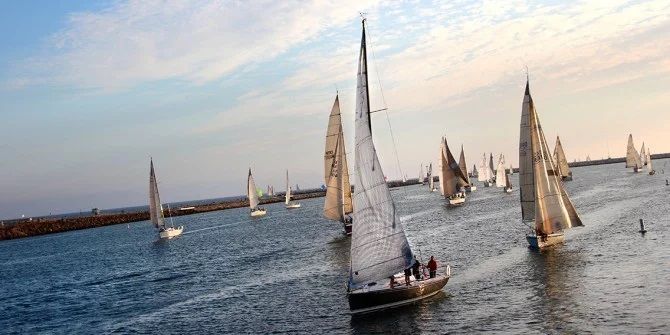 Every summer Newport Beach and Marina del Rey host sailboat races. Both have their own unique flavor, but share the fact that they feature some of the most beautiful sailboats. You don’t need to be a sailor to get excited about the awesome sight of some of the best teams racing each other.

Sponsored by the California Yacht Club, the Marina del Rey Sunset Regatta Race is the longest running sailboat race in the country. Active from April to September, the winners battle it out. Each Wednesday during the season, you can join other breathless spectators and watch these sailboats maneuver their course.

Better known in Newport Beach as the Beer Can Races, these sailboat races are a huge community event. For the uninitiated, the name comes from the early days of the event, when they would use beer cans to mark the course. Since then, safety regulations have been implemented to accommodate the growth and popularity of both events. Though half a century has passed, the informal out-to-have-a-good-time sentiment is still very much alive.

To get up-close and experience the summer sailboat races for yourself, come aboard the Summer Sunset Cocktail Cruise Wednesdays in Marina del Rey or Thursdays in Newport Beach.