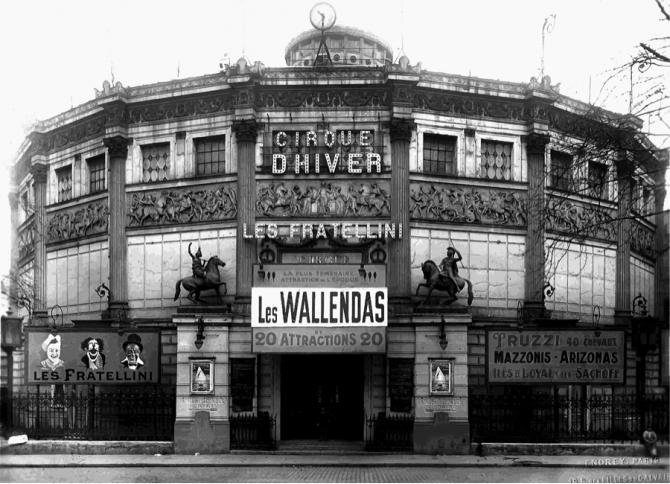 June 23, 2013 marks the day that Nik Wallenda broke his eighth world record for crossing the Little Colorado River Gorge. He crossed this 1,400-foot gap on a two-inch thick wire standing 1,500 feet above ground. Nik walked for around twenty-three minutes with no safety net or harness, just the thirty-foot long balancing pole he held. Around twenty-three million people in the United States watched the live recording on television feeling dizzy and anxious themselves from Nik’s view that looked straight down to his potential death. Muttering words of encouragement and praying almost the whole way, Nik finally made it safely to the other side. His talent, years of practice, and intensive planning proved to be enough to overcome the 1,500-foot gap and forty-eight mile per hour winds that failed to claim his life. When he stepped off the wire everyone around the world watching started to breathe again, and celebrate Nik’s ability to achieve his dreams.

Nik Wallenda comes from the famous Flying Wallenda family who is well known in the circus business for their high-wire acts without a safety net. Their most acclaimed stunt was the seven-person chair pyramid. The whole family was a part of this act. Karl Wallenda, Nik’s great grandfather was the one who brought the family to America to perform the Greatest Show on Earth. High wire walking was a hobby that was passed down generations of the family. Nik’s mother was still tight rope walking when she was six months pregnant him. It was literally in his blood, so he began practicing at the age of two. He could not legally perform until he was thirteen, but from there his goals only grew. Nik no longer dreamed of performing a simple walk from one end to another, but wanted to up the ante by breaking all sorts of records.

He broke his first record in Japan with a four-layer eight-person pyramid, an extremely dangerous stunt that amazed the crowd. After every feat Nik accomplished he already had a bigger and better one in mind. He also set a world record for the longest and highest bike ride on a tight rope, and was the first person to ever walk across Niagara Falls from the United States into Canada. Nik then moved on to his biggest accomplishment yet, the crossing over the Grand Canyon. He completed this goal just like all the others with success, and is in the process of planning more devil-dare stunts. Nik still would like to do walks from all over the world including the Eiffel Tower, Macchu Piccu, Pyramids of Egypt, and anywhere else that will allow him to put his life on the line. For as long as he can walk Nik will be trying to think up and conquer even more unbelievable stunts than the last.