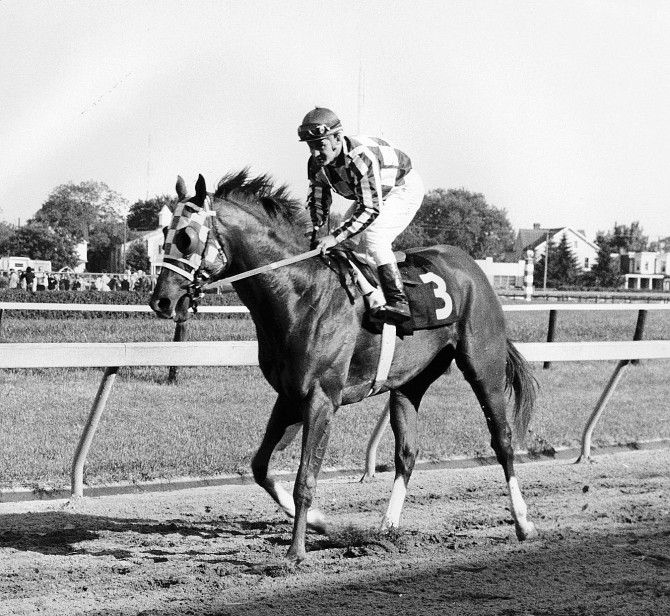 It all began with a flip of a coin. Penny Chenery and Ogden Phipps decided to let fate decide who would take home the best mares to mate with their retired thoroughbreds. Soon after, Somethingroyal gave birth to a gorgeous young horse. Born without a name and being denied five times for different names, the Jockey Club finally accepted him as Secretariat. He was a gorgeous chestnut stallion that was born in Virginia. He was an American Thoroughbred with a perfect combination of speed and endurance. After a few years of development and training he was ready to compete in the races. At the young age of 2, Secretariat was recognized as a skilled racehorse with lots of potential. Despite the awards and victories, no one could have ever guessed what was to come in Secretariat’s future.

On June 9, 1973 Secretariat won the Triple Crown. The story started at the Kentucky Derby where he started off slow, but gained on those ahead each lap. He ran faster and faster each time around winning the Derby in a record setting time. Next up was the Preakness Stakes. Secretariat once again left the gates last, but finished with a sizeable lead. There was a discrepancy with his time that caused confusion about a new record time, but the Secretariat and his team had bigger and better things to focus on: the Belmont Stakes. A group of five horses lined up for the race and Secretariat took off leaving the others literally in the dust. As his competitors tired, he kept going and finished the race 31 lengths in front of the runner-up in a record-setting time of 2:24. This means he was moving at a staggering 37.5 miles per hour for the entirety of the race. Secretariat was officially a Triple Crown winner, and he was celebrated across the United States.

Secretariat was a legendary racehorse that broke numerous records, but even greater was his ability to bring people together. People from all over rallied around Secretariat just like we did with California Chrome this year. Chrome was the first horse in thirty-six years to come close to being the next Triple Crown winner. He performed well at both the Kentucky Derby and the Preakness Stakes, but he was not able to pull through at the Belmont Stakes to claim the celebrated title. After a rough start Chrome could not make up the lengths he lost to finish in first. Although it was a day filled with victory and new records, it was not the day that California Chrome won the Triple Crown and joined the Secretariat in the history books.